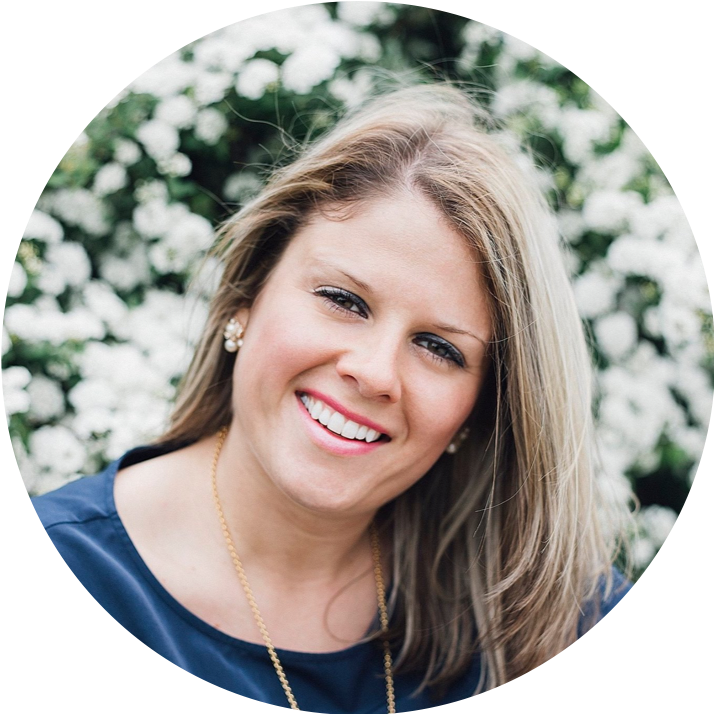 I am a researcher and a gender consultant, specializing in women’s and feminist movement’s resistance in contexts of armed conflict and peacebuilding. My intellectual, professional and activist trajectory is thus oriented towards critical feminist engagement in international relations.

My doctoral thesis, The Body as a Location of Political Resistance: The “Re-in-corporation” of Farianas in the Northeastern Region of Colombia, takes a critical look at embodiment, affects and emotions in the context of the post-peace agreement with the Revolutionary Armed Forces of Colombia (Farc-ep). I seek to understand the ways in which women ex-combatants politicize their experiences during the armed conflict and transform them into nonviolent feminist engagement in the context of peacebuilding in Colombia.

More broadly, my current research interests focus on the reintegration of female ex-combatants into civil society, peacebuilding as well as Feminist Security Studies. I am interested in the embodied and emotional processes that constitute war and transitional justice scenarios, particularly in the Colombian and Afghan contexts.

Previously, I completed a Master’s degree in International Peace, Conflict and Development Studies (Universitat Jaume I, Spain) and a Bachelor’s degree in International Studies and Modern Languages (Université Laval, Canada). During my professional career, I have worked as a professor at Universidad Santo Tomás and as a lecturer at Universidad Industrial de Santander (Bucaramanga, Colombia) in Gender Theory, Feminist Philosophies, International Relations and Political Philosophy. Similarly, I have worked in the field of national and international organizations in gender equality, weapon contamination and reintegration of ex-combatants. Within the framework of these consultancies, I have developed various participatory methodologies on feminist issues, including the autobiographical method and body mapping.

In terms of publications, I have had the opportunity to participate in several collective books (Palgrave-Macmillan, Routledge, Edward Elgar) and I have published in various international scientific journals such as the Journal of Gender Studies, Journal of Peacebuilding & Development, Recherches Féministes, among others.

In addition, I am actively involved in the activities of the local NGO Fundación Lüvo (Colombia), which is engaged in the formulation of feminist and antiracist projects as well as in the publication of Revista Lüvo. I am also a member of the Réseau d’études latino-américaines de Montréal (Rélam), the DEEP Global Network, the Réseau québécois en études féministes (RéQEF) and the Institut de recherches et d’études féministes (IREF).

Although we struggle for rights over our own bodies, the very bodies for which we struggle are not quite ever only our own. The body has its invariably public dimension. Constituted as a social phenomenon in the public sphere, my body is and is not mine.” 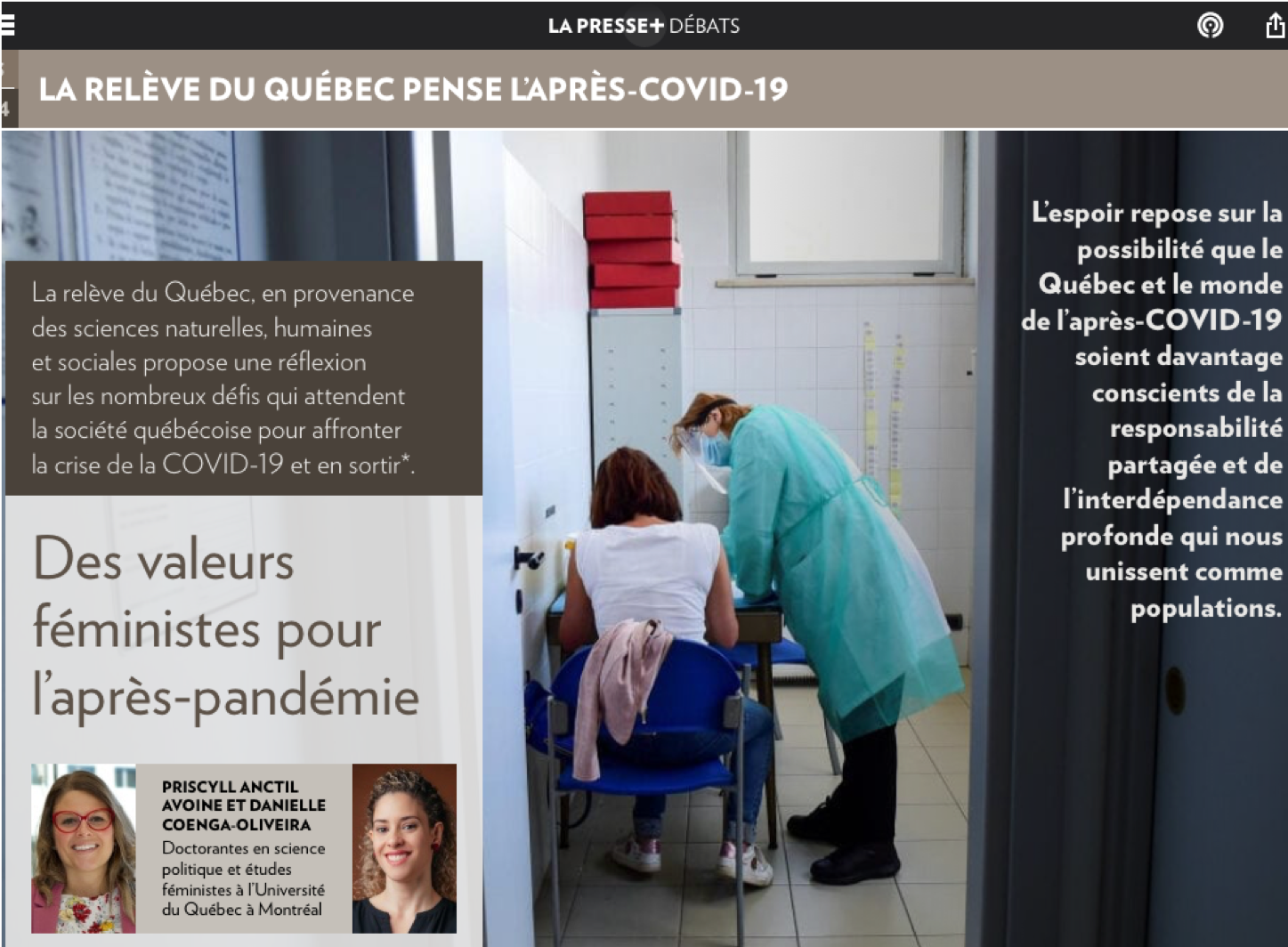 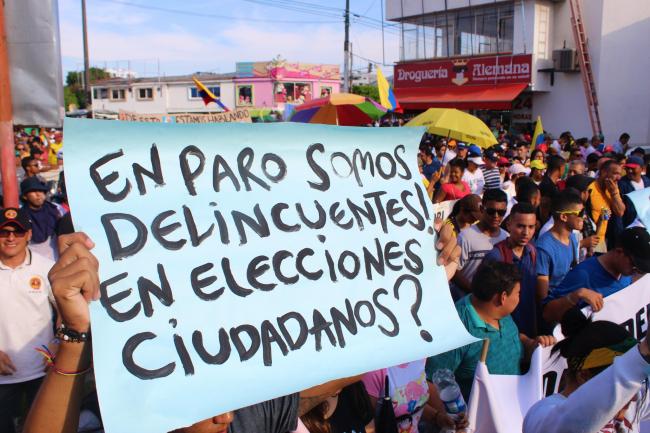 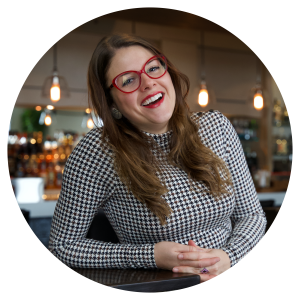 Priscyll Anctil Avoine is a researcher in Feminist Security Studies. Her work focuses on embodiment and emotional processes in contemporary wars.