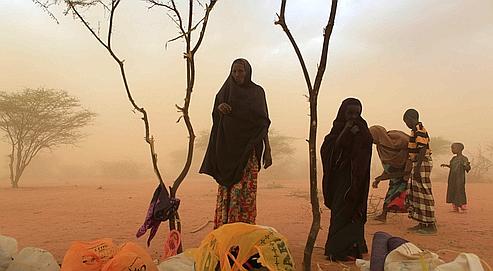 Challenges of Humanitarian Assistance in Somalia

“‘Better dying of hunger than accept any help from Western countries’[1]: challenges of Humanitarian Assistance in Somalia”

Today, the subject of the Intercultral Seminary was about food justice and the consequences of the constant increase of food prices along with global climate change. M. Contreras presented to us how OXFAM can help to reach a global improvement of the situation, especially the decrease of the world hunger and the reduction of the corruption related to it. OXFAM has 3 principal challenges in their program “Crece – Alimentos.Vida.Planeta.” The first one is reaching a sustainable production which means giving food to 9 million people without destroying the whole planet, the second one has for objective to reach equity and the last one concerns the reduction of vulnerability at local and global level. As solutions, OXFAM proposes a new world governance, that will help in fighting corruption, coupled with investments in small producers and an ecologic vision of the future. The speaker focused on how humanitarian assistance is insufficient giving the example of the USA’s help: $0,40 out of $1, 00 is really going to the purchase of food. In this sense, Contreras is asking for a true system reform far away from political and economic interests. Finally, the lecturer let us understand that we still have to recognize good initiatives, like the one of Canada in matter of food distribution and organization. The ACDI (Agence candienne de développement international/Canadian International Development Agency), is providing emergency assistance and humanitarian assistance for development by using various techniques of sustainable development and by financing research projects that will help long term successes in affected countries. 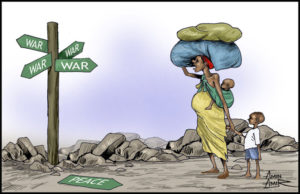 Considering that issue and the problematic logistic of the humanitarian assistance, I decided to deepen the case of the drought of Somalia.  Somalia’s case is very complicated given the fact that it is rooted in 20 years of violent conflict. The actual situation in the Horn of Africa is very critical and the work of humanitarians is more and more difficult and it really depends on the armed factions as recently seen when the work of CICR was stopped by Al-Shabaab[2] (Al-Shabaab is an islamist faction that is controlling a large part of Somalia, seeking to gain power and establishing the Sharia. For further information about the rebel organization, you can take a look at Who are Somalia’s al-Shabab?. Currently, there are a total of 12.4 million of people affected by the drought in the Horn of Africa[3] and humanitarian assistance is still really complex and insufficient, with a great lack of financial support from the international community. But the international community is facing a lot of challenges too. Let’s take a look at the causes behind the crisis of humanitarian help in Somalia. 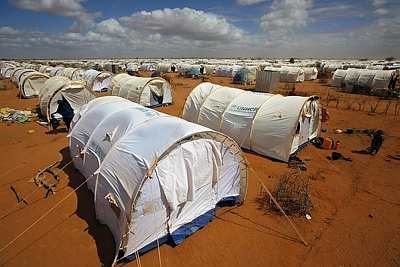 Currently, the international community is trying hard to help 8 million people while more than 11 million still need emergency assistance and still don’t have access to it. Dadaab, in the north of Kenya, is now the biggest refugee camp in the world, leaving a lot of people in precarious conditions[4]. But why is it so difficult to help Somalians? Effectively, the access to the field is one of the most difficult and dangerous in the world. First of all, the food assistance is, more than often, hijacked and sold in the capital of Mogadishu by corrupt local partners. In fact, more than the half of the food arriving in Somalia would be stolen or hijacked[5]. Secondly, all the infrastructures are destroyed by 20 years of conflict and the agriculture just can’t support changes in climate. Even in optimal conditions, the agriculture system in Somalia can’t give food to the half of the population. Poor peasants constitute the current agricultural system that is largely disorganized[6]. Thirdly, the UN mission in Somalia is always disturbed in their work because, often, aid workers are expelled from the areas that are controlled by Al-Shabaab. This is related to the fact that it is very difficult for the UN workers to keep their independence from one group and the other, that is to say the transitional government supported by international community (and African Union) and the insurgent group Al-Shabaab who do possess an extremely high level of economic power[7]. The presence of Al-Shabaab is harmful for humanitarian assistance because they are using Al-Qaeda rhetoric to deny any help from Western countries, qualifying NGOs of “anti-Islamic”[8]. So, basically, they are prohibiting access to food for a part of the population which is then obligated to go to Mogadishu, the now “capital of fear”[9]. The other question is… do we really need a dialogue with Al-Shabaab? Nobody is really convinced but some of the specialists of the Somalia issue are agreeing that the food crisis is rough enough to envisage negotiations. Here is the link if you want to deepen this debate:   http://www.irinnews.org/fr/ReportFrench.aspx?ReportID=93945. 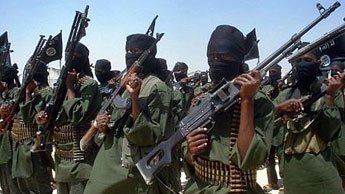 Finally, we can evaluate the possibility that the humanitarian assistance should be revised for the Horn of Africa because of the dramatic effect of global climate change on that region of the globe. It is estimated that this kind of drought will happen approximately every two years instead of every five years[10]. According to specialists, the solution lies in giving support to small producers so then they can develop new techniques that will provide a certain security against climate changes. Those plans of action will also need to focus on women who are, for the moment, excluded from agro-social change[11]. Unfortunately, the situation won’t change until the civil war ends…

Other Posts of Interest